Specialized Toolsets
Specialized toolsets for architecture, mechanical design, 3D mapping, and more are now available when you subscribe to AutoCAD.

Speed up your work with specialized functionality and libraries.

Beyond the core AutoCAD features, each toolset gives you industry-specific capabilities to:

• Automate the creation of annotations, layers and properties
• Easily create details and views from 3D models, and simply generate schedules, lists and tables
• Create rules-driven workflows to enforce standards throughout the design process
• Track updates of associated views, tables, and other content as designs change

END_OF_DOCUMENT_TOKEN_TO_BE_REPLACED

There are exciting news for Architecture, Engineering and Construction Collection subscribers. Starting September, Autodesk made some significant additions to the AEC Collection software portfolio that support the next generation of BIM—and Revit-based—workflows for building and infrastructure projects from planning and design through preconstruction.

Last year Autodesk moved to address client challenges by launching the Architecture, Engineering and Construction Collection as a better way to access the software needed for projects. The intent was to offer a powerful set of integrated BIM tools so customers could be effective with their projects now, and to easily equip them with the tools needed to be proactive about what the future of designing and building has in store. With a collection including Revit, AutoCAD, AutoCAD Civil 3D, Navisworks Manage, InfraWorks and 3ds Max, Autodesk aimed to provide a core set of essential tools needed to make any building or infrastructure project, large or small.

END_OF_DOCUMENT_TOKEN_TO_BE_REPLACED

Maybe you haven’t heard, but there’s an app for CAD! The AutoCAD mobile app is a powerful companion to AutoCAD on your desktop – and it’s a totally free benefit of your AutoCAD subscription. Have field or site work? We spoke to one customer who discovered how much of a life-saver AutoCAD mobile can be.

END_OF_DOCUMENT_TOKEN_TO_BE_REPLACED

Re-engineering structural analysis for the future

“Structural Engineering – open that!” It was exciting to hear the droid K-2 say these words in the film Star Wars Rogue One last winter. If you recall, this was the scene where Jyn and Cassian were frantically searching for the Death Star plans at the Citadel Tower’s data vault.  As a former practicing structural engineer, I saw this as a short but proud moment for all of us to be in the limelight. After the movie ended, however, I couldn’t help but wonder how many other people in the theater understood what K-2’s exclamation meant.  I mean, other than fellow engineers, does anyone else realize how important structural engineering is to the world?

END_OF_DOCUMENT_TOKEN_TO_BE_REPLACED

Building upon last year’s part-by-part placement of fabrication elements, you can now apply slope to a part as you place it in the model. As you continue to apply elements, you can specify a different slope for each branch. To make it easier, you can select a user-defined slope for the element, rather than having to enter a slope each time. Elements that are required to be horizontal will remain horizontal and elements that require slope will be sloped.

Slope tools for MEP fabrication pipework are similar to slope tools for generic pipework parts. Many commands and workflows behave the same for both generic and fabrication sloped pipe. You no longer need to place an element and rotate it at the required angles before you can start sloping the pipe.

Model sloped pipes part-by-part and apply slope to elements that have already been modeled.

To learn how to apply slope to fabrication pipework, check out the help files on Autodesk Knowledge Network.

In addition, you now have the ability to model fabrication components like you would with the design level of detail elements within Revit, or similar to design line in Fabrication CADmep. Parts are automatically selected from the current fabrication service and grouped in the MEP fabrication parts palette. You can change the shape, size, elevation, and the type of fittings as you route the elements, like from a mitered elbow to a radius elbow.

Take a look at the multi-point routing feature overview video.

Model Revit MEP fabrication elements with multi-point routing by clicking on points in the Revit model.

To learn how to use the multi-point routing tool, check out the help files or on Autodesk Knowledge Network.

From empty warehouse to bar and restaurant

For this project, Yanis Lachat used a model created for a client who wanted to visualize an empty space. He had rendered an empty model, but believed that this project had the potential to transform itself into something unique.

The large open space was an instant source of inspiration for him! He decided to add his personal touch, with an unrefined industrial look that included lots of metal and raw materials. He thought it would be interesting to contrast the cold space with warm elements; in order to achieve this, he added components that would make the space feel friendly and casual such as furniture, a bar, chairs, etc. Pinterest and Google searches were invaluable in getting the creative juices flowing.

He modeled everything in the scene using 3ds Max, except for small accessories such as the forks, knives, and bottles placed in the bar.

He has a go-to set of tools in 3ds Max that he always uses simply because they are straightforward and suitable for all types of designs. He starts with a simple box, and then builds around it using cut, extrusion, slice, and sweep. For more organic shapes, he uses TurboSmooth to achieve a softer finish. With 3D software getting increasingly sophisticated, he finds the most basic tools to be the most efficient for his workflow.

In terms of texturing, nothing was too challenging within this scene. He used the standard UV mapping and unwrapping tools found in 3ds Max. Personally, he finds the slate material editor intuitive to work with.

The overall lighting of the scene is derived from Peter Guthrie’s HDRI map, however, to create a sense of warmth, he added approximately 50 small lights to the space such as candles and bottle lights.

The renderer used for this scene was Corona. Isolating each element while working provides very fast rendering feedback, and he only pressed the render button at the very end. Usually, he renders at 4000px which is standard for print but lower for web resolution. All in all, he didn’t have to spend much time tweaking parameters.

The final render didn’t need a lot of post-production as the renderer includes an integrated LUT correction.

Nevertheless, he always ends up in Photoshop to add some finishing touches. He plays around with the levels, colors, add some vignetting, and includes some chromatic aberration. Where needed, he slightly sharpened the image and played with masks to lighten or darken specific elements. Lastly, for a more filmic look, he used Red Giant’s Magic Bullet Looks and After Effects.

For more unique projects #MadeinMax by Yanis Lachat – check out his profile on Behance.

Built for manufacturing, AutoCAD Mechanical engineering design software includes all the functionality of AutoCAD, plus libraries of standards-based parts and tools to help accelerate mechanical CAD.

Isolate and restore layer groups and specify linetypes and lineweights. 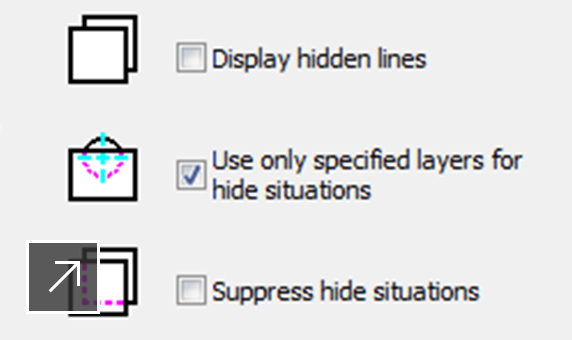 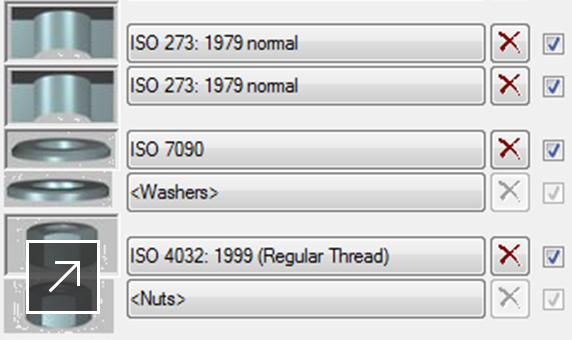 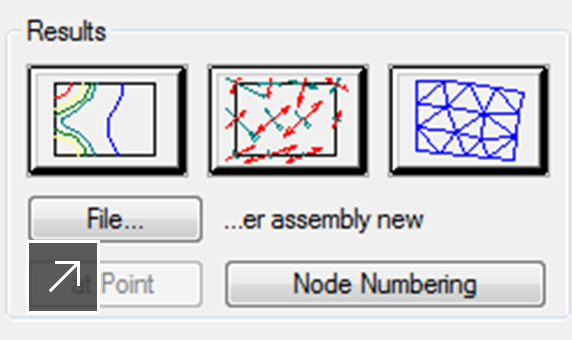 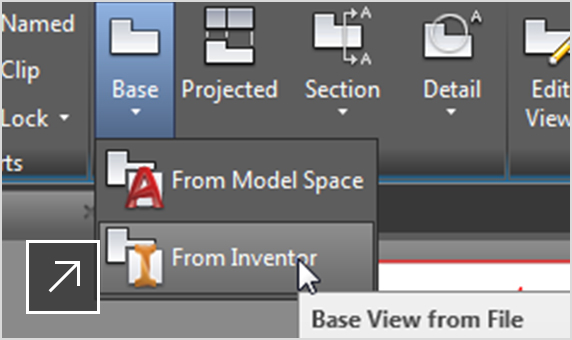 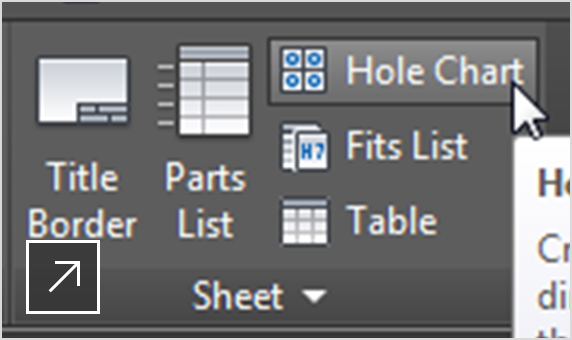 Use intelligent drafting tools made for mechanical design. 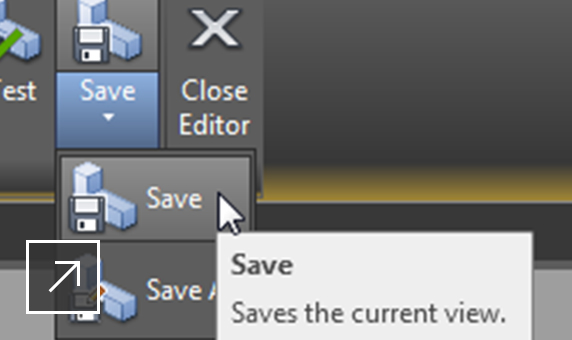 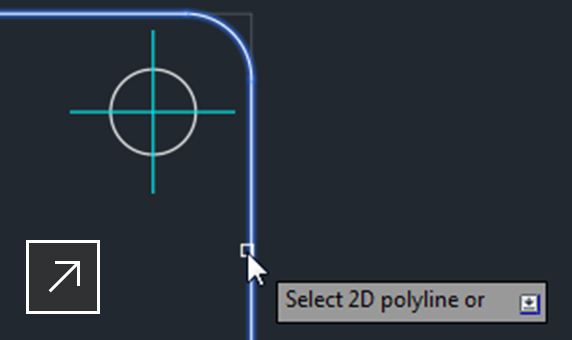 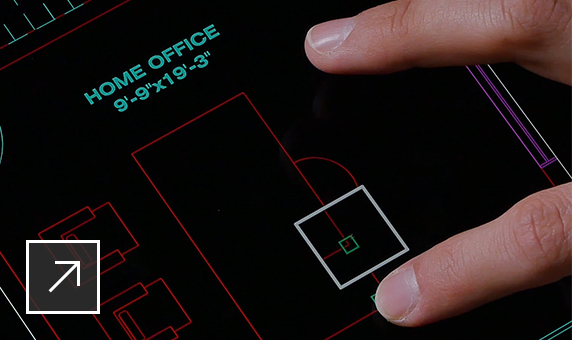 Essential tools for on-the-go CAD work, the AutoCAD mobile app lets you take the power of AutoCAD wherever you go. 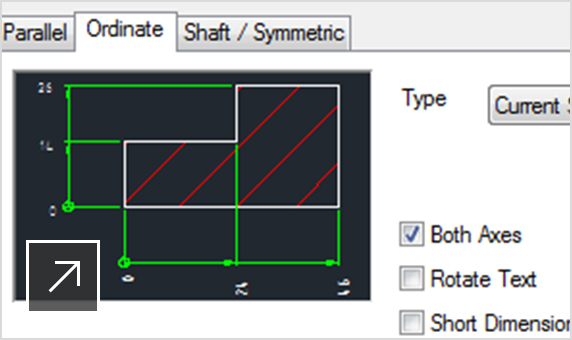 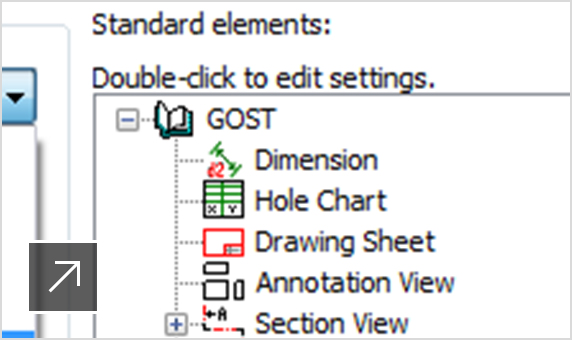 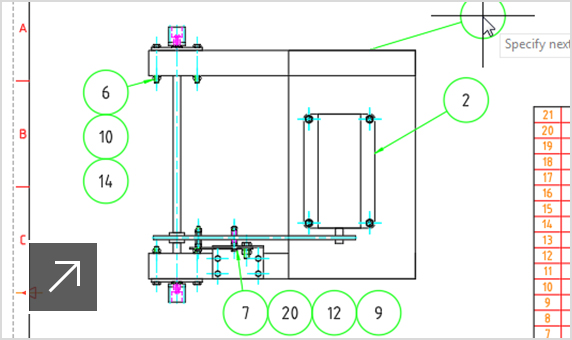 Associative balloons and bills of materials

What does Revit do?

Revit is software for BIM. Its powerful tools let you use the intelligent model-based process to plan, design, construct, and manage buildings and infrastructure. Revit supports a multidiscipline design process for collaborative design.

A solution for collaborative BIM

With Revit work sharing, multiple team members can work on a project at the same time using a centrally shared model.

One multidiscipline BIM platform – the software has features for all disciplines involved in a building project. When architects, engineers, and construction professionals work on one unified platform, the risk of data translation errors can be reduced and the design process can be more predictable.

Interoperability – Revit helps you work with members of an extended project team. It imports, exports, and links your data with commonly used formats, including IFC, DWG™ and DGN.

Tools created expressly for your discipline

Whether you’re an architect; a mechanical, electrical, or plumbing (MEP) engineer; a structural engineer; or a construction professional, Revit offers BIM features specifically designed for you.

Use the software to take an idea from conceptual design to construction documentation within a single software environment. Optimize building performance and create stunning visualizations.

Use tools specific to structural design to create intelligent structure models in coordination with other building components. Evaluate how well they conform to building and safety regulations.

Design MEP building systems with greater accuracy and in better coordination with architectural and structural components, using the coordinated and consistent information inherent in the intelligent model.

Evaluate the ability to build and design intent before construction begins. Gain a much better and clearer understanding of the means, methods, and materials, and how they all can come together.

Connect teams with Collaboration for Revit

Extend Revit worksharing to project teams in almost any location with this service, which lets multiple users co-author models in the cloud. Increase communication, centralize efforts of distributed teams, and let entire teams take part in the BIM process.

Fusion 360 Goes to (Engineering) School at the U.K.’s University of Warwick

The University of Warwick is renowned in the UK for its engineering courses. The School of Engineering has an integrated approach to engineering education that joins the key branches of engineering—including mechanical, electrical and electronic and civil—all drawing on research strengths in core engineering disciplines.