Maybe you haven’t heard, but there’s an app for CAD! The AutoCAD mobile app is a powerful companion to AutoCAD on your desktop – and it’s a totally free benefit of your AutoCAD subscription. Have field or site work? We spoke to one customer who discovered how much of a life-saver AutoCAD mobile can be.

END_OF_DOCUMENT_TOKEN_TO_BE_REPLACED

Re-engineering structural analysis for the future

“Structural Engineering – open that!” It was exciting to hear the droid K-2 say these words in the film Star Wars Rogue One last winter. If you recall, this was the scene where Jyn and Cassian were frantically searching for the Death Star plans at the Citadel Tower’s data vault.  As a former practicing structural engineer, I saw this as a short but proud moment for all of us to be in the limelight. After the movie ended, however, I couldn’t help but wonder how many other people in the theater understood what K-2’s exclamation meant.  I mean, other than fellow engineers, does anyone else realize how important structural engineering is to the world?

END_OF_DOCUMENT_TOKEN_TO_BE_REPLACED

From empty warehouse to bar and restaurant

For this project, Yanis Lachat used a model created for a client who wanted to visualize an empty space. He had rendered an empty model, but believed that this project had the potential to transform itself into something unique.

The large open space was an instant source of inspiration for him! He decided to add his personal touch, with an unrefined industrial look that included lots of metal and raw materials. He thought it would be interesting to contrast the cold space with warm elements; in order to achieve this, he added components that would make the space feel friendly and casual such as furniture, a bar, chairs, etc. Pinterest and Google searches were invaluable in getting the creative juices flowing.

He modeled everything in the scene using 3ds Max, except for small accessories such as the forks, knives, and bottles placed in the bar.

He has a go-to set of tools in 3ds Max that he always uses simply because they are straightforward and suitable for all types of designs. He starts with a simple box, and then builds around it using cut, extrusion, slice, and sweep. For more organic shapes, he uses TurboSmooth to achieve a softer finish. With 3D software getting increasingly sophisticated, he finds the most basic tools to be the most efficient for his workflow.

In terms of texturing, nothing was too challenging within this scene. He used the standard UV mapping and unwrapping tools found in 3ds Max. Personally, he finds the slate material editor intuitive to work with.

The overall lighting of the scene is derived from Peter Guthrie’s HDRI map, however, to create a sense of warmth, he added approximately 50 small lights to the space such as candles and bottle lights.

The renderer used for this scene was Corona. Isolating each element while working provides very fast rendering feedback, and he only pressed the render button at the very end. Usually, he renders at 4000px which is standard for print but lower for web resolution. All in all, he didn’t have to spend much time tweaking parameters.

The final render didn’t need a lot of post-production as the renderer includes an integrated LUT correction.

Nevertheless, he always ends up in Photoshop to add some finishing touches. He plays around with the levels, colors, add some vignetting, and includes some chromatic aberration. Where needed, he slightly sharpened the image and played with masks to lighten or darken specific elements. Lastly, for a more filmic look, he used Red Giant’s Magic Bullet Looks and After Effects.

For more unique projects #MadeinMax by Yanis Lachat – check out his profile on Behance.

The most powerful AutoCAD is now available!

Another year has gone by, and Autodesk has been working hard to bring you innovative CAD features to help you design the next aerodynamic bike, energy-efficient building, high-speed railway, or anything else you can dream up. That’s why we’re excited to bring you AutoCAD 2018.

END_OF_DOCUMENT_TOKEN_TO_BE_REPLACED

Whether you’re just getting started or are already a whiz with AutoCAD Civil 3D, there’s always the opportunity to learn something new. With this recorded class from Autodesk University 2016, Autodesk’s own Jerry and Jeff Bartels present AutoCAD Civil 3D productivity hacks that might take you by surprise.

Presented in the context of real-world problem solving, you’ll learn how to automate regular tasks, capitalize on standard functions in new ways, explore underutilized features, and even exploit a handful of undocumented commands!

We’ll let the Bartels take you through all of the real-world situations that crop up, but here’s one as an example: 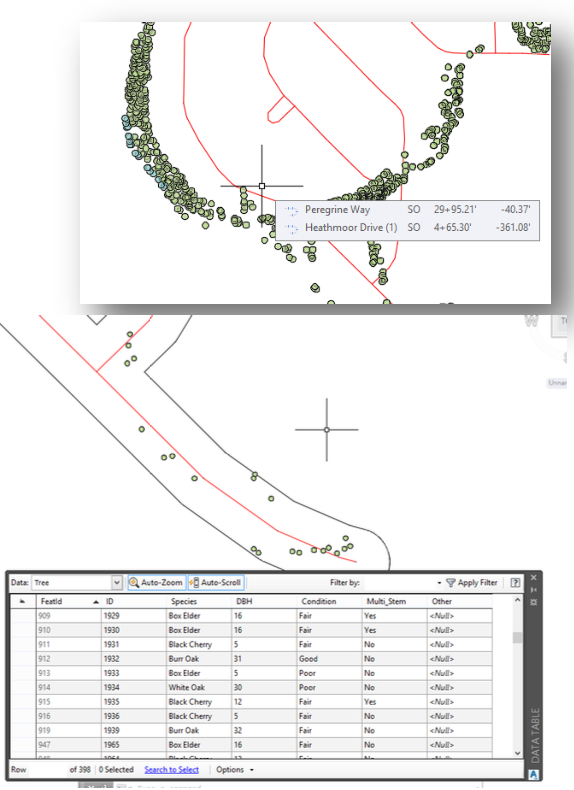 We are working on a new road project that runs through an area of existing trees. Now is the time to determine the road placement to ensure we preserve desirable trees. We need a quick way to create a report of which trees will be impacted as a result of our road improvements so we can ensure the best alignment location.

We will explore how to quickly leverage queries to determine trees within 50’ of our road(s) centerlines. We can then export the results and decide if adjustments to the road location are necessary. In doing so, we are leveraging one more data point to determine the best location for our road improvements.

Surely, the Autodesk Autocad 2016 is a great tool but why not try the 2018 version? Contact us for more information about its’ incredible features.

2d 3d 3ds Max architecture autocad Autocad 3D design collection Autodesk Inventor cad CAM collection construction data management design general inventor manufacturing Manufacturing design Collection product design Product Design Collection Revit structure
We use cookies to ensure that we give you the best experience on our website. If you continue to use this site we will assume that you are happy with it.OkNoRead more